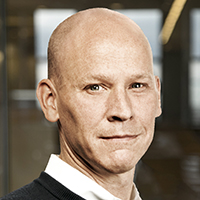 Celebrated and revered by artists, politicians, planners, and architects for more than 180 years, Chicago has always been a place for firsts. From the grand futurism of the 1893 World’s Fair and the Century of Progress Exposition in 1933, to the city’s greatest architectural, planning, and engineering innovations of the past two centuries—including the world’s first skyscraper and the “bold plans” of Daniel Burnham—Chicago is a city defined by its ability to re-invent itself for the future.

Today, Chicago is undergoing yet another wave of invention, with an opportunity to address its past and advance solutions for a more inclusive, equitable, and affordable future—especially as Chicago joins other global cities in taking up the mantle of international leadership. Its downtown is booming. A re-imagination of its long-neglected neighborhoods is underway in Woodlawn, Pullman, and Bronzeville; the Chicago River is emerging as a focus for new development; a tech-driven infill boom is transforming Fulton Market; and innovations, such as combined public housing and public libraries, are revitalizing communities.

With reference to major new mixed-use districts across the city, including Lincoln Yards, and The 78; major new investments by institutions, including the Illinois Medical District, the University of Chicago, and the Obama Presidential Center; and the redevelopment of O’Hare International Airport, this presentation will detail how Chicago can be a model for the future American city. It will explore how Chicago can double its population within its existing footprint and infrastructure, at unprecedented scale. It will detail how the city can continue to adapt and sustain its uniqueness among global cities through principles of livability, resiliency, and respect for local culture.