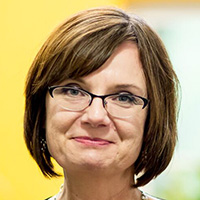 Experienced spectacle is a defining element, and perhaps even an understood requirement, for prestigious skyscrapers. Providing the experience of a thrilling view from the top of an extraordinary tall building is not a new idea, as seen in the cities most closely associated with the development of the building type and through their inclusion in original programs. Contributing nothing to skyscrapers’ primary functions, observation decks attract public attention, boost tourism and heighten brand recognition for businesses and cities.

Differentiated from after-the-fact platforms added to Renaissance domes and sole-purpose viewing structures (e.g., Eiffel Tower, 1889), the world’s first public observation deck on a commercial structure appeared in an unexpected place and time: Philadelphia, 1849. Dr. David Jayne, who commissioned the city’s then-tallest building to serve as a packing center for his pharmaceutical company, was an innovator in many ways. Jayne headed a worldwide mail-order business that would have been more efficiently served with a suburban warehouse than an eight-story, 100-foot (30-meter) tower with exotic, Venetian-inspired details. Yet its location on Philadelphia’s most fashionable shopping street, and the enticement for visitors to climb 220 steps to experience an unprecedented view, reveals that Jayne understood height as a commercial opportunity. The building innovated in other ways, including a metal frame, steam-powered construction equipment, and mechanical lifts: important to later architectural developments, but inconsequential for the businessman. Jayne’s understanding of the building’s potential as a corporate symbol, which he used in advertising campaigns even before construction was complete, introduced the idea of the skyscraper as an emblem of business, identifying height with success, and inviting the public to enjoy the spectacle.