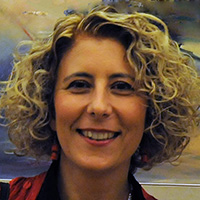 The first Italian skyscraper, inaugurated by Mussolini in 1932, is the Torrione INA, located in Piazza della Vittoria in Brescia. It is a 13-story building, about 60 meters high, with a reinforced concrete structure. Its designer, Marcello Piacentini, puts into use the project he elaborated in 1922 to attend the Chicago Tribune Tower architectural competition, adapting it to the new context.

He created a building without precedents in Italy, which embeds in itself modernity and tradition. The innovative character given by the dimensions and the technological solutions applied, such as reinforced concrete structure, five elevators, retractable reflectors on the crowning to illuminate the square below, is combined with the use of eclectic language and style (porticoed base, façade with faced bricks and overlapping of arches, terra-cotta bas-reliefs). The link with history is explained by its name—"Torrione"—which places it in the Italic tradition’s wake of the great medieval towers. Piacentini, an architect belonging to the Fascist regime, didn't want to imitate the American skyscraper tout court. He managed to make a modern building not representing an element of rupture with the past, but harmoniously adapting itself to the historical scenario made of medieval towers and Renaissance domes.

This is a Italian transposition of a typically American architecture, becoming an iconic model for all the subsequent realizations in the Italian architectural panorama—from Torre Littoria in Turin (1932), 109 meters high, the first in Italy equipped with a steel structure, to Torre di Sestriere, the only example on the Alps; from Torre SNIA in Milan (1937) to Terrazza Piacentini in Genoa (1940) with its 31 floors.