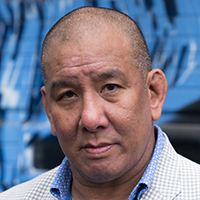 Before Chicago became the architectural mecca that stands today, the city was defined by Lake Michigan and the branches of the Chicago River. Now known as the nation’s “Third Coast,” the river has been instrumental in the transformation of Chicago into the thriving city that is becoming a world destination, and an essential part of the movement toward more sustainable, resilient landscapes.

For more than 29 years, site design group, ltd. has been transforming urban lands into dynamic civic spaces that encourage residents and visitors to gather, play, and grow. Throughout the past decades, the City’s approach to riverfront development has evolved dramatically, from forgotten and contaminated vacant lands into valued asset. During that time, the Chicago River has transitioned from being used solely as an industrial thoroughfare into a precious resource and opportunity to create world renowned developments and open spaces. This shift has set the stage for the numerous guidelines, master plans, developments, and parks that have been implemented along the Chicago River’s 156 miles of frontage.

This session will outline several key case studies that tell the story of the evolution of the Chicago River, the City, and its approach to development, beginning with Ping Tom Memorial Park (phased implementation, 1999–2013), the Bubbly Creek Framework Plan (2010), the North Branch Industrial Corridor Framework Plan and Design Guidelines (2017), the River Edge Ideas Lab (2017), CH Robinson Headquarters (2018), River Design Guidelines Update (2019), Riverwalk East (2019), and several planned future developments. The issues, processes, strategies, and outcomes described have been formulated into a set of best practices for riverfront development in cities all over the world.