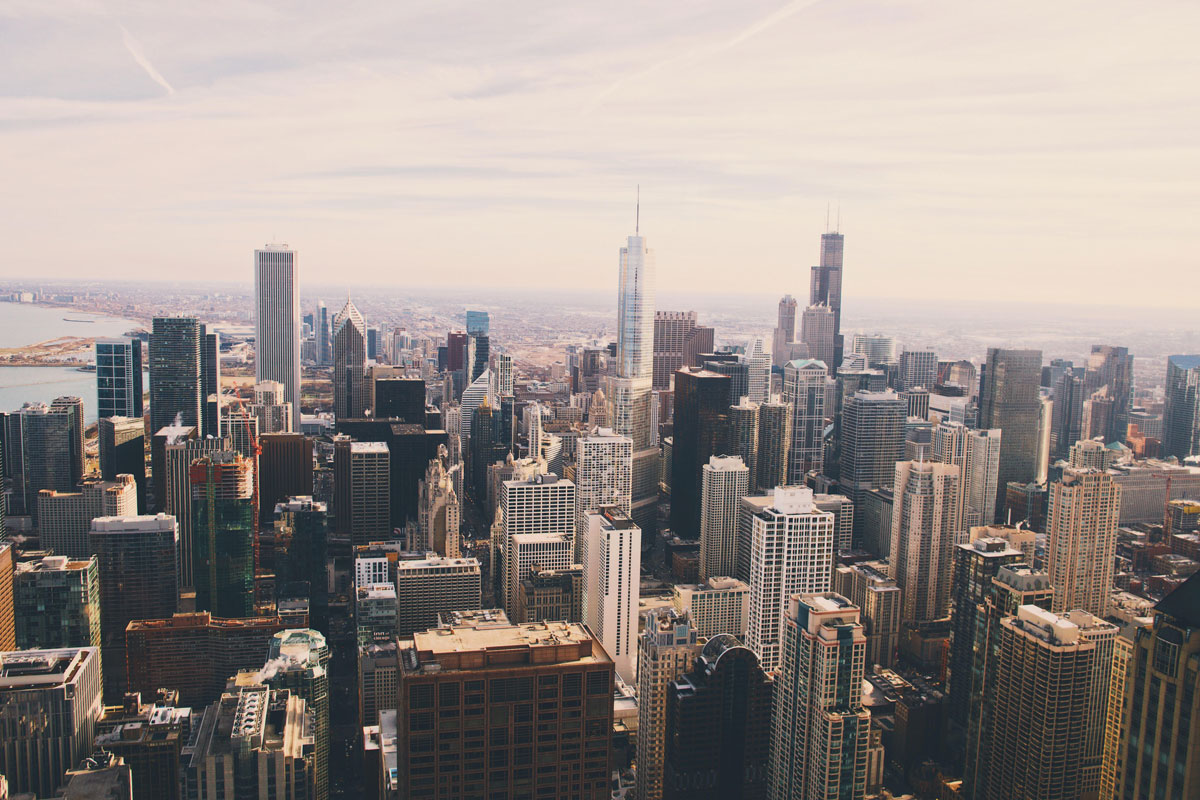 Chicago Skyline from the north.

With one of the longest histories of any modern city in building skyscrapers, Chicago was perfectly positioned to contemplate the integration of tall buildings into our urban fabric—from both a technical standpoint and a socially responsible one. Chicago was a hotbed of skyscraper innovation in the 1880s, resulting in advances in many building technologies, from skeleton framing to foundations. In 1974, the Sears (now Willis) Tower took the title of World’s Tallest Building—and held it for nearly a quarter of a century. With a world-famous skyline that contains buildings like the John Hancock (now 875 N. Michigan) and the Aon Center, and an eponymous architectural style that emphasizes height through vertical lines, Chicago’s architectural signature is unique. Furthermore, the United States’ third largest city borders the country’s third largest freshwater lake—the massive Lake Michigan—granting Chicago the potential to lead urban environmental stewardship policies as climate change threatens resource access.

When the Council on Tall Buildings and Urban Habitat relocated from its former headquarters in Bethlehem, Pennsylvania to Chicago in 2004, it was with the knowledge that the Windy City’s capacity to push architectural boundaries was what percolated the skyscraper typology over 100 years prior. It is with this same awareness that the CTBUH chose its home city for the 2019 World Congress, 50 Forward | 50 Back in celebration of its 50th anniversary, through a conference that examines the past to inform riveting visions for sustainable cities of the future.

A History of Tall Buildings and the CTBUH

Click the timeline for more detailed information on the history of the Council on Tall Buildings and Urban Habitat.